Yet Another Alignment API (YAAA)

MELT introduces a simple API for matcher development, referred to as YAAA. In the following, the most important classes are explained:

In order to develop a matcher in Java with MELT, the first step is to decide which matching interface to implement. The most general interface is encapsulated in classMatcherURL which receives two URLs of the ontologies to be matched together with a URL referencing an input alignment. The return value should be a URL representing a file with correspondences in the alignment format. Since this interface is not very convenient, we also provide more specialized classes. In the matching-yaaa package we set the alignment library to YAAA. All matchers implementing interfaces from this package have to use the library and get at the same time an easier to handle interface of correspondences. In further specializations we also set the semantic framework which is used to represent the ontologies. For a better usability, the two most well-known frameworks are integrated into MELT: Apache Jena (MatcherYAAAJena) and the OWL API (MatcherYAAAOwlApi). As the latter two classes are organized as separate maven projects, only the libraries which are actually required for the matcher are loaded. In addition, further services were implemented such as an ontology cache which ensures that ontologies are parsed only once. This is helpful, for instance, when the matcher accesses an ontology multiple times, when multiple matchers work together in a pipeline, or when multiple matchers shall be evaluated. The different levels at which a matcher can be developed as well as how the classes presented in this section work together, are displayed in the figure below. 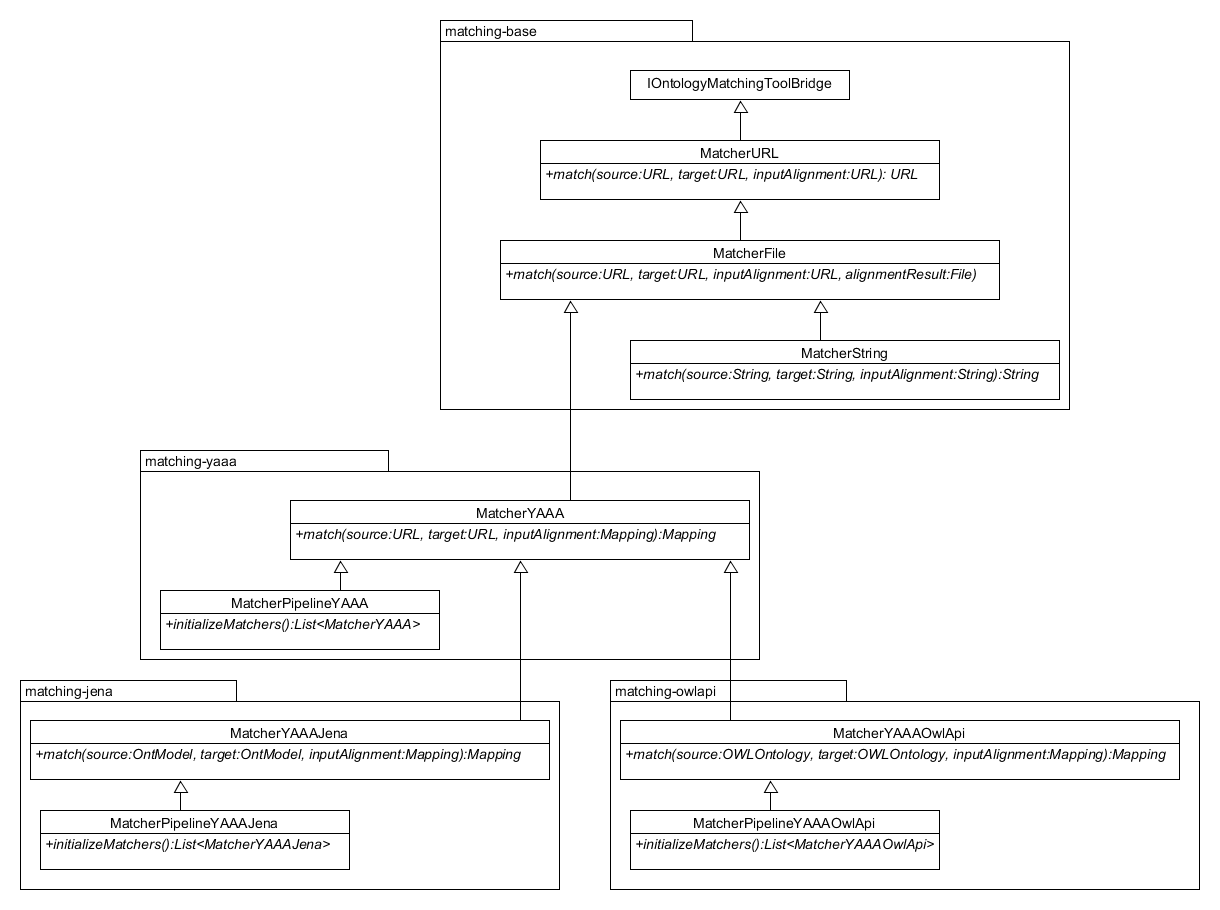